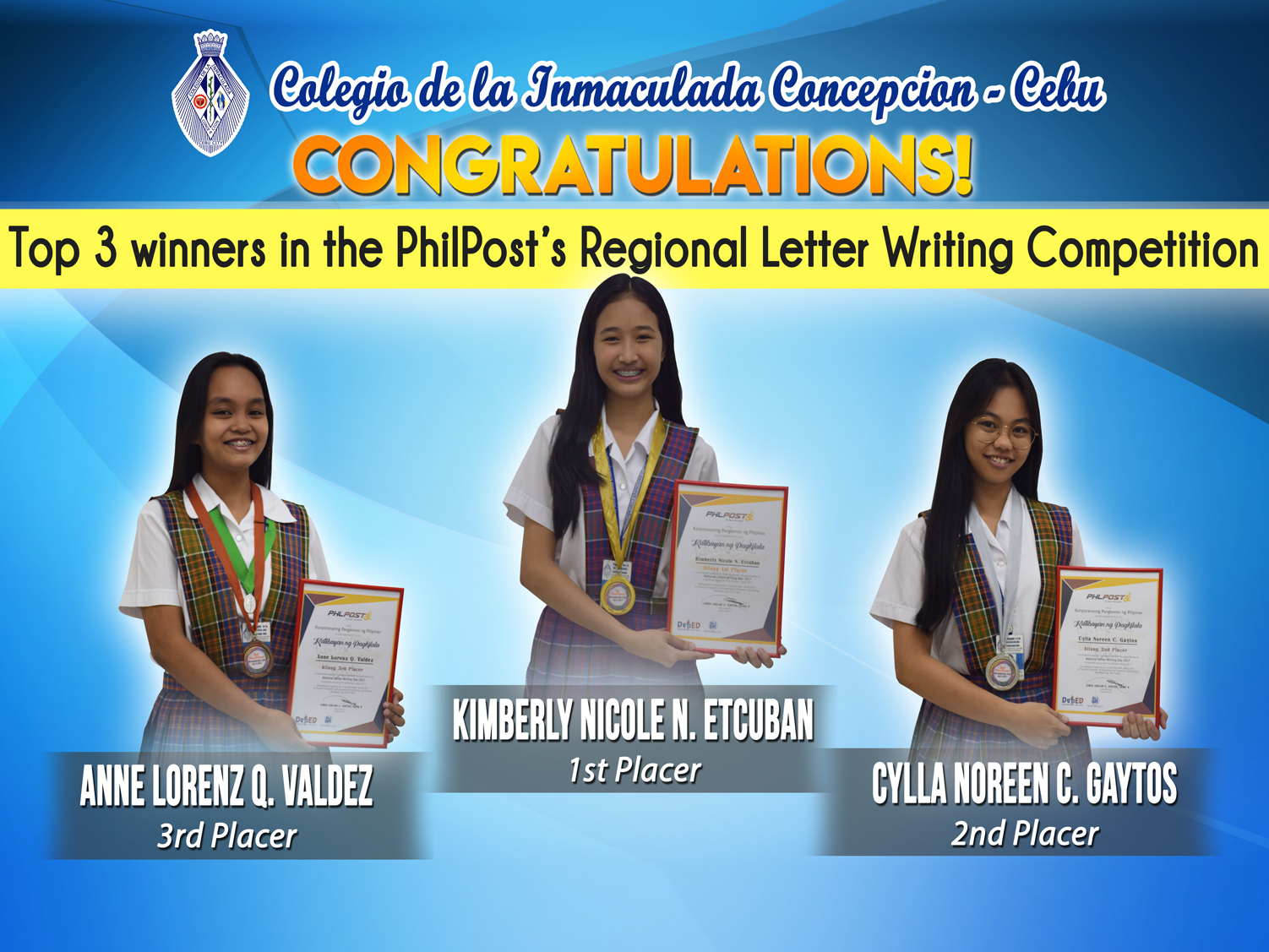 CIC-CEBU garnered the top 3 winning entries among the whole region of Cebu for the 5th National Letter Writing Day. Here are the grade 9 students who topped the competition:

This event was organized by the Philippine Postal Corporation (PHLPost) in celebration of the World Post Day. Selected Grade 9-10 students of different schools around the region, including CIC-Cebu, participated in a simultaneous letter writing activity held at SM Seaside Cebu on October 9, 2017. CIC’s representatives were accompanied by their Filipino teacher, Miss Mercidita Barameda.

The participants were asked to construct a letter in Filipino (not more than 1,000 words) addressed to the secretary-general of the United Nations (U.N.) with the scenario: “Imagine you are an adviser to the U.N. secretary-general, which world issue would you help him tackle first and how would you advise him to solve it?”

The main objective of PHLPost was to remind students of the traditional way of communication – letter writing, despite the on-going development of technology through social media, texts, chats and the like.