Celebration of the 400th Anniversary of the Vincentian Charism 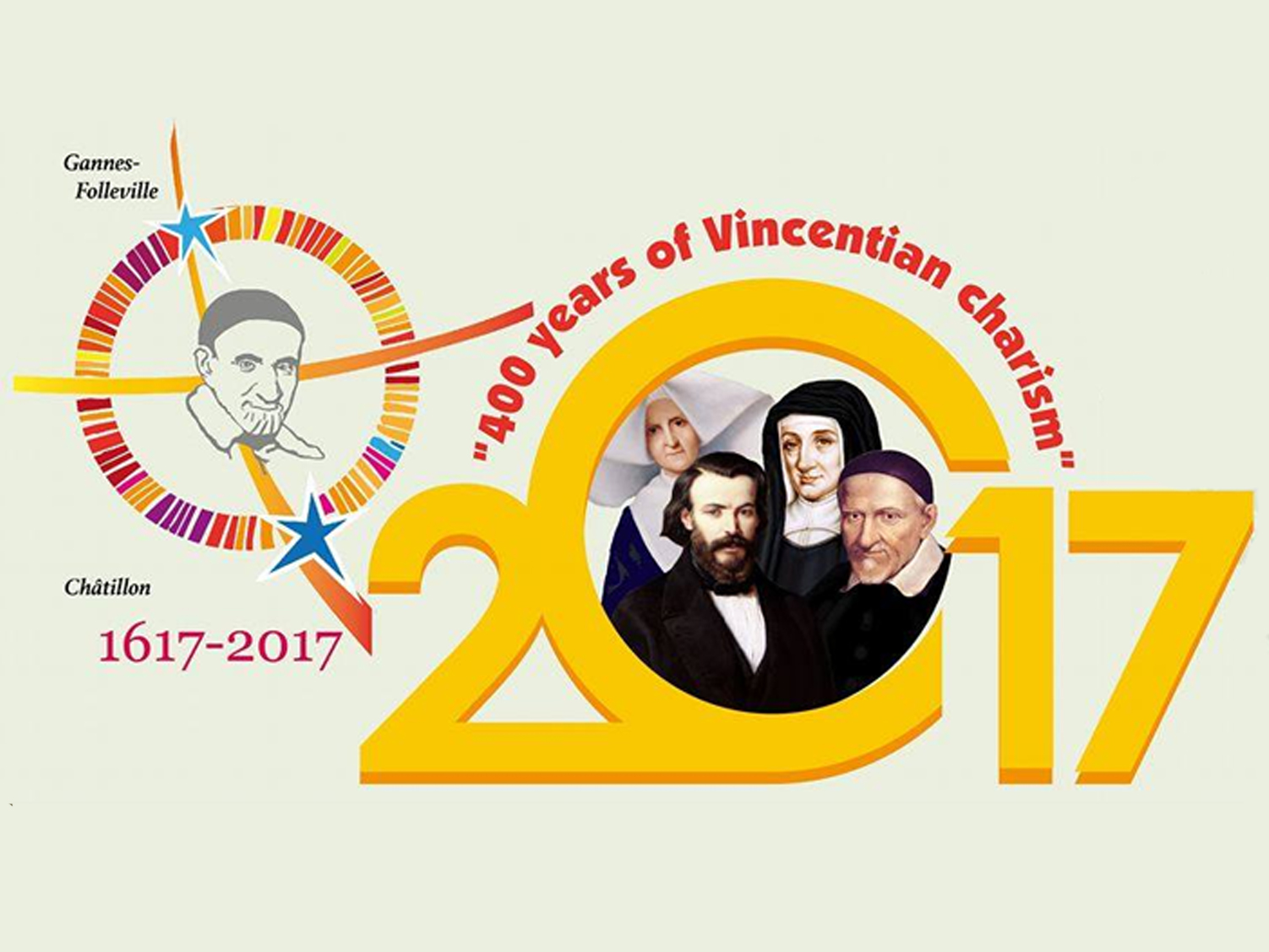 With the words: I was a stranger and you welcomed me (Matthew 25:35), the worldwide Vincentian Family inaugurates a Jubilee Year … a time during which it celebrates the 400th anniversary of the origin of its charism of service on behalf of the poor.

The year 1617 was decisive with regards to Vincent de Paul’s vocation. Two significant events occurred: on January 25th, the feast of the Conversion of Saint Paul, Vincent preached “the first sermon of the mission” in Folleville (France). That event took place several days after having heard the confession of a dying man which made Vincent aware of the spiritual abandonment of the poor country people. Some months later, in August of the same year, as pastor in Châtillon, Vincent experienced the material poverty and misery of his parishioners … an event that transformed him into the Saint of Charity.

Vincent understood that it was necessary to instruct the people, to make them aware of their dignity as children of God and to teach them the truths of God’s plan for humankind.

The events that took place in Folleville and Châtillon during the year 1617 mark the origin of the Vincentian charism and for 400 years the followers of Vincent de Paul, the members of the Vincentian Family, have dedicated themselves to service on behalf of the less fortunate members of society.

At the present time, the Vincentian Family is composed of some 225 branches (various religious communities and lay associations) and is present in more than 80 countries. Among the more well-known branches of the family, we highlight here the International Association of Charity (AIC), the Congregation of the Mission, the Daughters of Charity (founded with Saint Louise de Marillac), the Vincent de Paul Society (founded by Blessed Frederic Ozanam), the Miraculous Medal Association, the Vincentian Marian Youth (VMY), Vincentian Lay Missionaries (MISEVI) and the Daughters of Charity of Saint Joan Antida Thouret.

The Vincentian Family is present on five continents and engaged in various ministries in which they “welcome the stranger” in their midst: health care ministry, works of education/formation, works of human promotion and development, works in which they care for homeless people, for refugees, for abandoned children and for single mothers.

The Superior General of the Congregation of the Mission and the Company of the Daughters of Charity, Father Tomaž Mavri? has encouraged the members of the Vincentian Family to celebrate this year through participation in four common projects: